PULLING UP STAKES: Could more designers be vacating the New York Fashion Week tents at Lincoln Center in February?
On the heels of Vera Wang and Carolina Herrera saying they plan to leave Lincoln Center to show at an off-site location in February came reports Friday that Diane von Furstenberg and Michael Kors — two big-name designers who show in The Theater at Lincoln Center — might also be headed off-site.
A spokeswoman for Kors had no comment, and a spokeswoman for DVF couldn’t be reached at press time.
There will still be plenty of action at Lincoln Center, with designers such as Monique Lhuillier, Tory Burch, Jill Stuart, Lela Rose, Milly, Nanette Lepore, Nicole Miller and BCBG among those confirmed to show in various venues within Lincoln Center.
After numerous complaints last season, IMG has outlined several steps it is taking to better control the event and crowds and make the shows more exclusive to fashion insiders. The moves include a redesign of some of the on-site venues and price reductions for some of the venues. IMG also laid off several production staffers and plans to outsource production of the event. A spokesman for IMG declined comment about who would be showing at Lincoln Center until everything’s confirmed next month.
Forstmann Little & Co. sold IMG Worldwide to William Morris Endeavor and Silver Lake Partners last week for more than $2.3 billion. 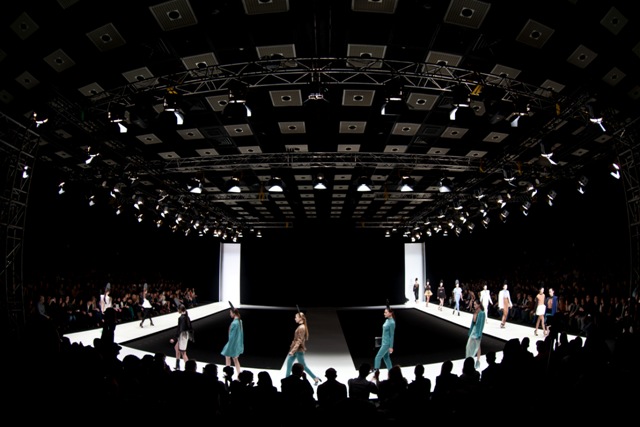