Fashion designers on their favorite artworks

Fashion and art have always had a close relationship, and this season everyone from Prada to Céline referenced artworks in their collections. Here, our favorite designers reveal the paintings, sculptures and galleries that inspire their work. 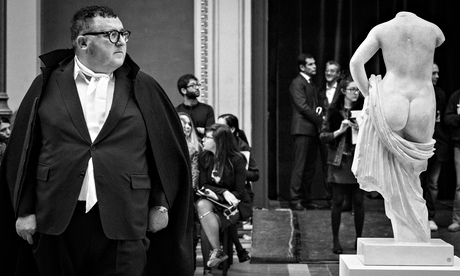 The idea of handing know-how from teacher to the next generation of artist over four centuries, moves me' … Alber Elbaz of Lanvin at the Ecole aux Beaux Arts in Paris

The permanent collection the École Nationale Supérieure des Beaux-Arts, Paris, France.
"The Beaux-Arts de Paris, where we hold the Lanvin shows, is a very special place. It inspires me. The school, founded in the 17th century, owns one of the largest public collections of art in France. Its spirit of transmission, the idea of handing know-how from teacher to the next generation of artist over four centuries, moves me. Art galleries give a great insight to a city's culture. When I'm travelling the world for work I hope to find enough time to catch galleries and paintings." 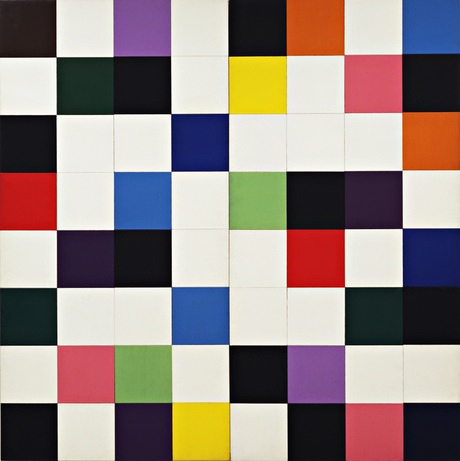 "I find the space in galleries really inspiring. I go to the Met in New York about three times a year, and the Getty in LA, because I love what the architecture has created. My dad came to Tate Modern with me a couple of years ago. We were in the line for the Edvard Munch exhibition, but he said that he'd prefer to wander round the building and just buy the catalogue. These places where you can go for the art, or equally for a picnic, they're like community centres. Art is a real influence for Humberto [Leon] and me. When we joined Kenzo, an Ellsworth Kelly [top] show started lots of thoughts for us. And Hockney at the Royal Academy – particularly his iPad drawings. They triggered inspiration and opened conversations." 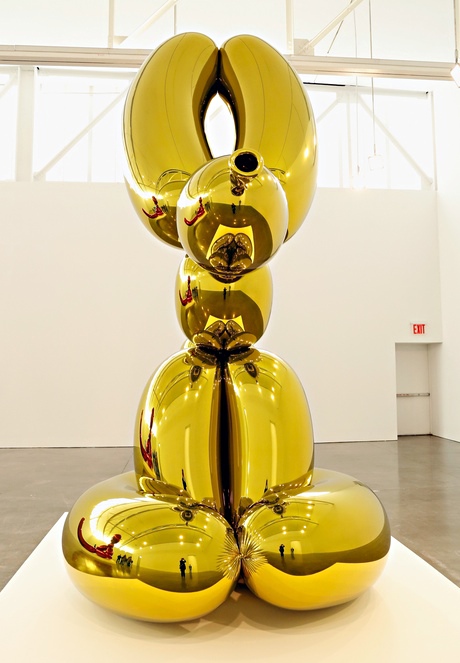 "Art always has a profound impact on what I'm doing in the studio. A/ W14's colours were reviewed after seeing the Chapman brothers' paintings at the Serpentine in December – they're just so good! A still life at Amsterdam's Rijksmuseum has been playing on my mind since I was there a month ago. The Jeff Koons [above] show in New York last summer impacted on how S/ S14 came together. Our seasonal artist collaborations have had a massive impact on my aesthetic – perhaps most with graphic design duo Craig & Karl, whose sense of colour, line and humour are endlessly inspiring." 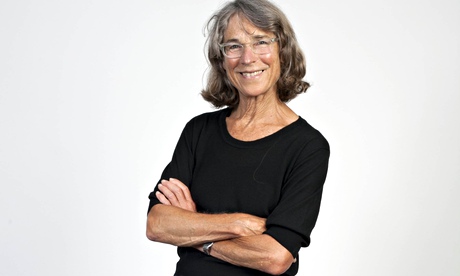 "One powerful image I particularly remember was the back view of a construction worker sitting on a metal girder. A close-up of a steel bolt and his well-used trouser pockets. Shot in black and white and rich with the authenticity of real life. And there were snaps of Perriand, sunbathing on a pebbled beach, or looking out over snow-covered mountains. She is, for me, the essence of a free-spirited woman, strong and modern, but also timeless – an inspiration." 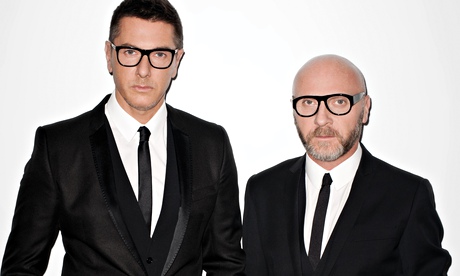 "We spent hours at the Piero Fornasetti exhibition in Milan last year. Entering into his world is super exciting. We love and collect everything from his art. He was such an important artist and his wit inspires our fashion and stores. Our new boutique on New Bond Street in London is full of hand-painted furniture we personally selected from the Fornasetti collections." 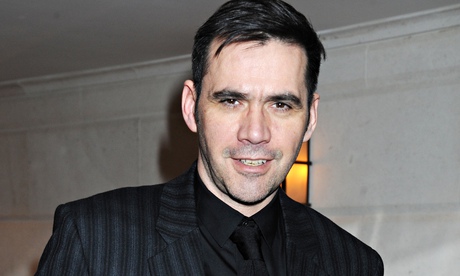 "Just before Christmas, at Musée des Abattoirs, I saw a film by Spanish artist Jordi Colomer called The American Soup [about a temporary pre-fab housing estate in Normandy constructed after the second world war that is still inhabited today]. Hard work and careful order, repeated over years, a feeling of dedication in people's houses. It gave me such a huge sense of the love and care that people have around one another, and the difference it makes. It's a moment I will not easily lose and I had a better Christmas for it." 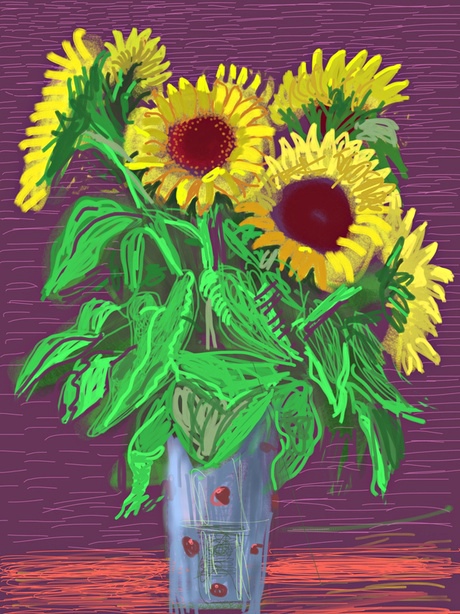 "A few of years ago we were in Copenhagen and went to visit the David Hockney's Me Draw on Ipad exhibition [below] at the Louisiana Museum. We have always been big fans of Hockney's work and loved that he was enthusiastically embracing a new medium and that the work existed in a non-traditional way. The Louisiana is a magical place in beautiful grounds on the edge of Denmark's sea, the Øresund."

"The Vienna exhibition contained works by Egon Schiele and Death And Life by Gustav Klimt, which was the first time it had been exhibited outside Austria – a real coup. 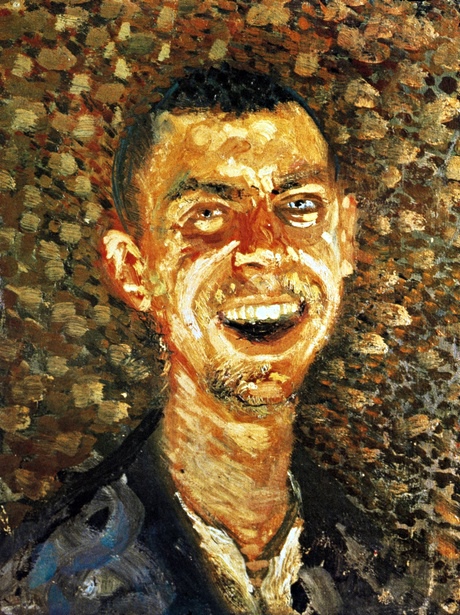 "The first thing I saw on entering the gallery was a piece entitled Self-Portrait Laughing [above] by a little-known Austrian painter and designer called Richard Gerstl. It was one of the most inspiring and evocative pieces I have seen. Joyous in its colours and subject, sad because the young artist killed himself not long after. I left the exhibition after seeing this and returned a few days later to see the rest. After looking at such a powerful piece of art, the rest would have not had the same impact. It is a memory I carry with me always: unexpected, inspiring, optimistic, triste yet joyous all at the same time."

The permanent collection at The Wallace Collection, London, UK 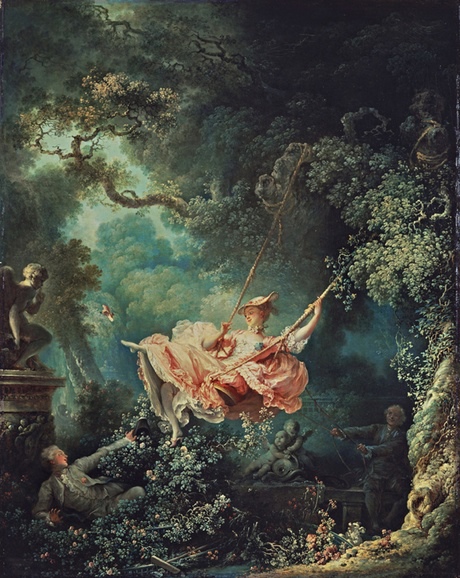 Jean-Honoré Fragonard's The Swing (1767), from The Wallace Collection

"I visit the Wallace Collection in particular for the 17th-century painters like Titian and Velázquez. They have such wonderful things in there, but then you also have the three 18th-century geniuses: Boucher, Watteau and Fragonard [below]. All three say so much of that age – Boucher's pretty things; Watteau's work inspired by the Commedia dell'arte.
"There are two fantastic Boucher as you come up the stairs – one is Apollo about to get into his chariot, surrounded by all the nymphs as he rises from the ocean. It's absolutely fantastic. Boucher is really sentimental, but you can't call him kitsch because he has such incredible facility. Playful but cynical somehow. He comes from an age that was very convenient for painters; all that mythology was part of a way of communicating in those days.
"To look at a painting is to enter a world. I love that 18th-century version of the pagan world. It's a delight. The only place to find ideas is by looking at what people did in the past. It's the way you can be original. Nothing comes from a vacuum; it is impossible to be creative unless you have a link with the past and tradition. You should constantly try to understand the world in which you live from the perspective of the way people saw things in the past. The art-lover is a freedom-fighter for a better world. Great art aims at perfection and is timeless; there is no progress in art." 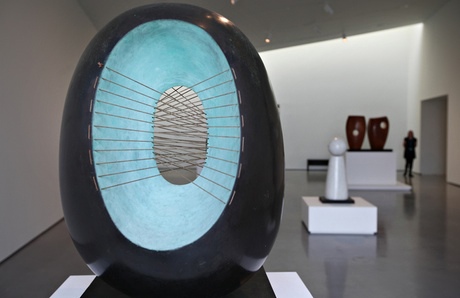 "There are two galleries I have a close bond with. The first is the Louisiana; it's just outside Copenhagen with a view overlooking the sea to Sweden and in the summer you can have a picnic in the garden looking at the sculptures. It truly is a great place with a lot of ground-breaking exhibitions and a permanent collection. It was the first museum in the world to show Andy Warhol's early drawings.
"The other place is the Hepworth museum in Wakefield. We did a collection for spring/summer 2013 that had Barbara Hepworth as the muse and we were asked to show this collection as an evening event in the museum. Truly, it was just amazing being around her work [below] and walking through a space that has been designed to fit this grand work by this little woman. I loved it and thought that what I did was so small in comparison to this art." 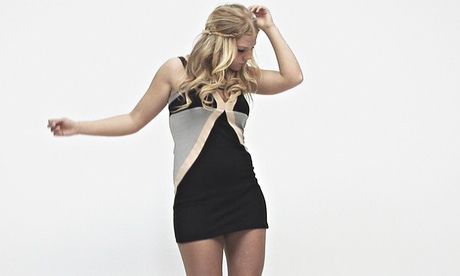 "I saw Rineke Dijkstra's Buzz club video [above] at the Tate Liverpool a few years ago. It was exciting to see it projected so big in the city it was made in – I remember older kids at school going to the Buzz and being jealous. It's amazing that someone from outside the city caught that moment and the stills are so well known. She manages to observe and not imply judgment. I love that about her work."

The permanent collection at the Louvre, Paris, France. 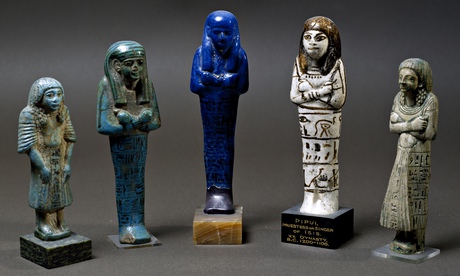 "When I'm in Paris I always walk up from the Place de la Concorde to the Louvre. I have a routine where I go to the cafe and sit and people-watch and then on to look at the ancient Egyptian jewellery and art [above]. Last time I went to see the Greek Agora sculptures, which were beautiful, but the room was so cold. Then I go to the bookshop before heading to the shops on Rue de Rivoli. It's a busy museum so you have to time it just right, either early or the last hour before it closes." 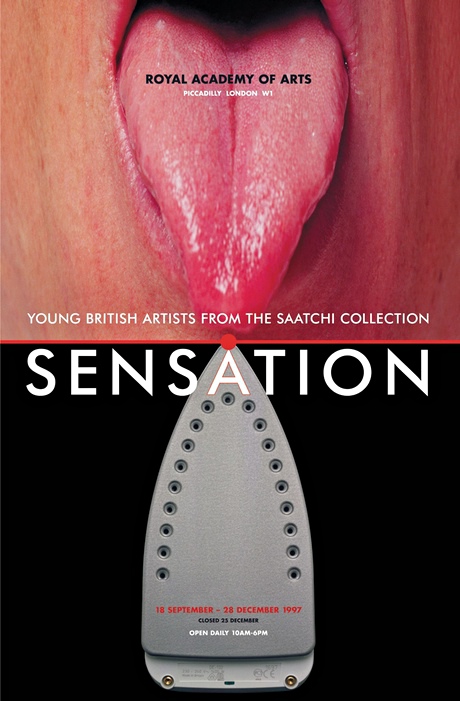 The Sensation show at the Royal Academy in 1997

"This show of work from Charles Saatchi's collection, including work by many of the Young British Artists such as Tracey Emin and Michael Landy, has been incredibly influential on my work throughout the years. As was the OMA/Progress exhibition at the Barbican in 2011, which created a portrait of the work of Rem Koolhaas and his architectural practice." 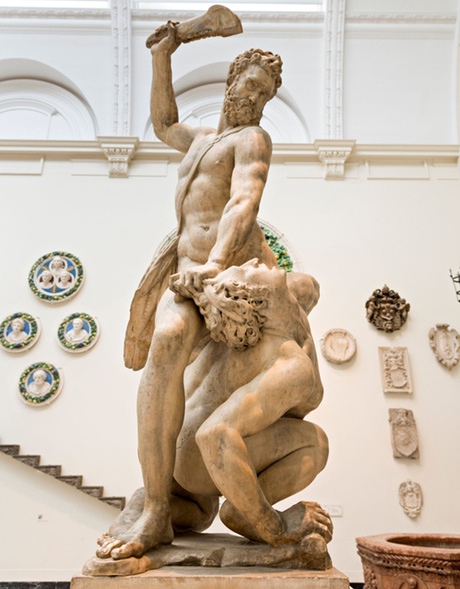 "I find inspiration in a lot of things. Two places that have recently inspired me are the Frieze art fair last October, where there's a huge amount of excitement and newness, and the V&A Museum, which has everything to do with the past. I'm obsessed with the Medieval & Renaissance rooms [above] – they house European art and culture from 300 to 1600 and include Donatello sculptures, Henry VIII's furnishings and Leonardo da Vinci's notebooks."

Email ThisBlogThis!Share to TwitterShare to FacebookShare to Pinterest
Labels: DESIGNERS, FASHION AND ART